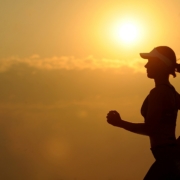 The History of Red Light Therapy

It wasn’t until the early 1990s that it started getting more attention in the U.S. NASA scientists found that the intense light from red light-emitting diodes (LEDs) helped promote growth and photosynthesis of plant cells. This enabled them to grow plants in space, which then prompted scientists to research the medical applications of red light therapy. NASA’s findings demonstrated significant health benefits from specific wavelengths of red light. Since that discovery, the medical community has been researching the use of red light therapy extensively.

In the last thirty years there have been hundreds of peer-reviewed clinical trials and laboratory studies conducted on light therapy, many of which have been published in major scientific and medical journals. Studies have shown that red light therapy is safe and effective for many different conditions. The FDA has approved red light therapy for the treatment of joint pain and the reduction of wrinkles, and it is currently exploring the wound-healing applications of red light therapy.

To give you an idea of the research that is out there, here are just a few of the studies that have been published:

Image by skeeze from Pixabay